How to LEARN Together

Are you prepared for the Three Uber Leadership Challenges?

In 1989, I led a research initiative — The Innova Survey — that analyzed change management in a broad cross-section of major corporations. The survey focused on three core issues:

Situational Awareness – Did leaders understand the magnitude of the global change that was occurring and how it might impact their organizations?

Leadership Practices – Were leaders striving to advance the speed and effectiveness of their personal leadership practices?

The survey results were clear. Awareness of the magnitude of change of global change was high. Business process improvement was a top priority In the majority of the organizations surveyed,

However, when it came to advancing the speed and effectiveness of their leadership practices, there was no sense of urgency. Less than five percent of the leaders had a game plan.

Deja Vu All Over Again

It’s been 30 years since the Innova Survey. Lately, I’ve been experiencing what Yogi Bera humorously described as, “Deja Vu All Over Again.” My sense is that only a small sliver of today’s leadership population has a sufficient sense of urgency about advancing the speed and effectiveness of their leadership practices.

If you feel you may be among that population, consider the impact these THREE UBER LEADERSHIP CHALLENGES could have on your success.

The VUCA NEW NORMAL is the perfect storm for leadership. It’s a world that’s more Volatile, Uncertain, Complex and Ambiguous than anything we’ve ever experienced.

Volatile  — Conditions are far from stable because change happens simultaneously in different sectors, in different forms, and at different rates. Reality is fluid and fluctuates to extremes.

Uncertain — Analyzing past data and current trends to forecast future events is problematic. It’s unwise to rely on any one individual’s forecasting abilities, no matter their credentials.

Complex  — Current reality has many varied parts, patterns, and elements. The complexity is compounding for many reasons, such as accelerating social change, the technology tsunami, and political paralysis.

Ambiguous  — Discernment is difficult when facts are fuzzy. Situations are often open to more than one interpretation. Because everything is more interconnected than ever before, there is often cause-and-effect confusion.

The Volatility, Uncertainty, Complexity, and Ambiguity is driven by a colossal collision of change forces illustrated in this short video.

Take a moment to reflect on the implications of these VUCA Change Forces.

How would you rate your readiness to meet the VUCA New Normal challenge?

Given the massive amount of information already bombarding leaders, it’s not surprising that one of the great academic institutions, Dartmouth, found in an extensive study that many excellent CEOs had made disastrous decisions. Why?

Other studies have shown that when the amount of data input exceeds our personal processing capacity, there is a corresponding decrease in the quality of our critical thinking. I believe that may be happening to many smart leaders in the age of the VUCA New Normal.

This problem will only get worse. IBM predicts that by 2020 information will be doubling every 11 to 12 hours.

According to the IDC Digital Universe Study, the information universe will grow to 44 ZETTABYTES by 2020.

What about the domain of leadership knowledge? It too is expanding exponentially. When I last checked, Amazon offered over 57 thousand books with the word “leadership” in the title. Then, there is the ever-growing number of leadership theories and practices and the profusion of websites, periodicals, videos, articles, webinars, and podcasts that disseminate them.

All of this adds up to an unassailable fact: the leadership knowledge domain has become TOO BIG FOR ONE LEADER TO KNOW. Once our cognitive capacity is surpassed, any additional knowledge becomes noise. We feel the mental discomfort known as “cognitive dissonance.”

How would you rate your readiness to meet the Individual Cognitive Capacity challenge?

I look forward to learning more from many others in the future. That said, when I reflect on the ever-growing number of authors and practitioners in the field of leadership, I recognize an unintended consequence — we’ve ended up with a Terminology Tower of Babel.

The word “babel” means a confused noise made by a number of voices.

Wait a minute! What’s wrong with having many voices advocating different leadership styles?

One of my clients, a new global marketing leader, brought together a diverse team from different cultures and different professional disciplines — manufacturing, technology, branding, product packaging, and advertising. The team’s goal was to shape an integrated marketing plan. They ‘rolled up their sleeves’ to create it.

Unfortunately, the planning process proved to be difficult because, though the participants all spoke English, they lacked a common language for the task at hand. They not only used different words to describe a similar concept, they often used the same word but had different meanings.

For example, when the subject was market segments, it quickly became apparent that they lacked a shared understanding of what constituted a market segment. Each region had its own definition. The linguistic confusion was compounded by cultural nuances and personality differences. This certainly slowed down the planning process, but it also created an undercurrent of negative energy in the team.

The shortfall here is what the modern military refers to as a lack of Human Interoperability. This term actually originated in the field of information technology, where it as defined in this way:

Interoperability is the ability of different information technology systems and software applications to communicate, exchange data, and use the information that has been exchanged.

Believe it or not, terminology confusion also exists among first responders — the people who are among the first to arrive and provide assistance at the scene of an emergency, such as an accident, natural disaster, or terrorist attack. I learned about this from Virginia police captain, Eddie Reyes, who wrote an article entitled, “Common Language Is the Key to Achieving Better Interoperability.”

Reyes pointed out that communications across departments and jurisdictions had long been a headache for local, state and federal first responders. Every disaster — from the September 11th terrorist attacks to Hurricane Katrina — highlighted the need to improve Human Interoperability.

He described the problem in this way:

Almost every agency uses tens (“10-4”), signals (“Signal 2”) and codes (“Code 3”). To give an example of how confusing just one agency’s radio protocol can be, consider the following transmission from one officer: “Start me a Signal 2, Code 3 for a combative 10-17.”

What this officer was trying to say was: “Start me a backup, lights, and siren for a combative complainant.” As you can see, it does not take any more air space to say the exact same thing in a language that any mutual-aid officer could’ve understood.

The consequences of first responders using different tens, signals, and codes could be catastrophic, but thankfully Reyes provided a humorous example. One county’s police department reported a routine traffic crash on a road with overlapping jurisdiction. The trooper used a code that meant “traffic crash” in his county, but “officer down” in the other. The result was that multiple officers from both jurisdictions responded to a fender bender with lights flashing and sirens screaming.

How would you rate your readiness to meet the Terminology Tower of Babel challenge?

Here are the takeaways from what I’ve learned from exploring the Three Uber Leadership Challenges:

A paradigm is a way of perceiving the world. It frames the boundaries of your attention and defines rules for success within the boundaries.  In the next article, Paradigm Blindness: Leadership Lost, we’ll look at a powerful example, through the eyes of a paradigm pioneer, of what happens when something new lies outside your current paradigm.

Send me a MESSAGE or Schedule a 30-minute SESSION. 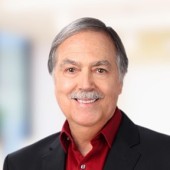